IFPEN is actively involved in numerous fundamental research projects with academic and industrial players. These projects, launched within the context of calls for projects from a variety of sources — the French National Research Agency (ANR), Horizon 2020, the Auvergne-Rhône-Alpes region, among many others — benefit from national and European state support.

In 2018, 13 projects involving IFPEN benefitted from ANR funding (including 6 coordinated by IFPEN).

The Generate "Geopolitics of renewable energies and prospective analysis of the energy transition" project was launched in January 2018 for a period of two years by IFPEN and the French Institute for International and Strategic Relations (IRIS). The aim is to analyze the three major geopolitical consequences of the dissemination of renewable energies on an international level:

The project, underpinned by a multidisciplinary approach (economic, technological and geopolitical), will enable the various energy transition players to improve the understanding and definition of energy policies and provide them with a genuine decision-making tool. It is being conducted within the framework of scientific challenge 9.

>> See results (in French only) of the prospective study on the evolution of the geopolitical energy landscape in the context of the low-carbon energy transition stemming from this project. This study is one of the first to a analyze the geopolitical aspects of the implications of new energy policies and investments in renewable energies. Find out more about this study

Launched in March 2015 for a period of four and a half years and led by IFPEN, the More4Less project is aimed at proposing an approach for the multiscale modeling of reactive particle flows and making it available in calculation codes for the design of industrial processes, such as catalytic cracking, gas phase polymerization reactors or the gasification of biomass. It is important to gain a better understanding of the combined hydrodynamic, chemical and thermal phenomena occurring in these flows, in order to be able to accurately predict and improve the operating conditions of these processes. For this project, IFPEN is contributing its PeliGRIFF code expertise as well as its expertise in the field of LES (Large-Eddy Simulation) methods.

The Slimcat (Solid-Liquid Interface at Molecular-scale for Catalysis) project, launched in 2014 and led by IFPEN, was concluded at the start of 2019.

The rational understanding and forecasting of the chemical phenomena occurring at the solid-liquid interface (SLI) of catalysts on alumina represent a dual industrial challenge: preparation of catalysts and optimization of catalytic processes operating in liquid water, such as the conversion of biomass, Fischer synthesis.

During the project, a multi-technical approach was explored to gain a better understanding of the alumina-aqueous solution interface phenomena at play during impregnation of metallic precursors in the presence of oxygenated organic additives or during the drying step. The results obtained pave the way for the improved rationalization on a molecular scale of the heterogeneous catalyst preparation steps. In addition to the 25 scientific papers (of which 6 have been published to date) generated by this project, the organization in 2018 of the Slimaia rencontre scientifique event provided a platform for raising the profile of both the project and IFPEN within the interface community.

The ANR Macdil “High Dilution Spark Ignition Engine” project was launched in 2015 for a period of four years. It is being led by IFPEN and conducted in partnership with ENSTA ParisTech, PSA Group, the Prisme laboratory and Renault.

The objective of this project is to gain a better understanding of intermediate dilution regimes to be increased, i.e., with the use in existing IC engines of exhaust gas recirculation (EGR) rates of more than 10%. The project also aims to develop combustion models adapted to these operating conditions.

The ANR Asmape “Advanced Soot Model for Aeronautics and Piston Engines” project ended at the start of 2019 following four years of research. This project, coordinated by IFPEN, was conducted in partnership with Coria, the EM2C, CentraleSupélec and PC2A laboratories, PSA Group and Safran.

IFPEN’s teams contributed their know-how and expertise in the field of engine modeling, making it possible to develop a sectional soot model than can be applied in the car and aeronautics fields, and a kinetic scheme. This the first time the number and size of soot particles have been modeled (traditionally mass modeling). The results of this project also fall within the framework of scientific challenge 6.

The MoSHy project, launched in July 2018 and selected by the Auvergne-Rhône-Alpes region within the context of the 2018 Pack Ambition Recherche call for projects, is aimed at developing methodologies for defining an economical and efficient electrocatalyst for the production of hydrogen from water, by combining experimentation and molecular modeling. The partners are IFPEN, the Grenoble LEPMI (electrochemistry and physical chemistry of materials and interfaces) laboratory and the LC-ENSL (chemistry) laboratory (project leader).

IFPEN will contribute its recognized expertise in the development of sulfur-based catalysts (MoS2), widely used in the field of hydrotreatment, and provide support to electrochemistry and thermodynamics and molecular modeling teams. The ultimate aim is to establish and validate a methodology for selecting and defining electrocatalysts. The success of this consortium will demonstrate the capacity of the local fabric to produce innovative solutions to industrial problems.

The Prodia project "PROduction, control and Demonstration of structured hybrid nanoporous materials for Industrial adsorption Applications", launched in 2016 and accepted within the context of the H2020 NMP-PILOTS call for proposals for the financing of pilots in the field of nanotechnologies, materials and production processes, is aimed at developing large-scale materials production processes for a variety of applications (air purification, natural gas storage, heat pumps, etc.).

IFPEN’s teams are working on the synthesis and characterization of mesostructured aluminosilicates adapted to the adsorption and desorption of water for cooling supercomputers. The development potential for the target market (supercomputers) and for any adjacent markets is also being explored. These technological building blocks contribute to our scientific challenges 1, 2 and 3.

The Ippad project is an ITN (Innovative Training Network). Two PhD students have been recruited at IFPEN for the project, which is aimed at understanding and modeling the behavior of fuel under high pressure conditions in the presence of additives.

As part of its support for PhD students, IFPEN is participating in the development of two physical models: a supercritical condition fuel injection model and a model based on a heterogeneous mechanism (gas/solid) of soot oxidation. The latter will also form the foundations for describing the thermal oxidation of carbon-based solids. These technological building blocks contribute to our scientific challenges 1, 2 and 3. 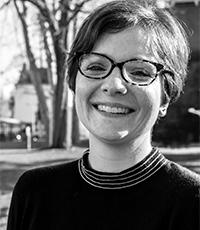