In 2025, the lithium-ion battery market will account for more than half of the global demand for lithium, compared to almost one third today; and the total global market itself will have almost doubled in size.

Lithium is a material in high demand and its production has tripled in the last ten years.  Initially used in the manufacture of glassware and ceramics, lubricating greases and aluminum production, it is now mainly used to meet market needs in lithium-ion batteries for electronic devices or electrified vehicles.

The resource is mainly present in so-called "conventional" deposits, such as the salar brines in Argentina, for which IFPEN's teams have developed a selective adsorbent with ERAMET.  It is also used in so-called "unconventional" deposits such as geothermal brines, for which the process has been adapted; this method of extraction aims to reduce the carbon footprint of ecological transition technologies and to develop a European industrial sector for lithium production.

« In partnership with Eramet, we have developed an adsorbent and an innovative, competitive and environmentally friendly direct lithium extraction process adapted to water of the Argentine salars.  The resources of the Centenario-Ratones deposit, located in the province of Salta, an Eramet concession in north-west Argentina, are very significant and make it possible to envisage large-scale industrial production to meet the needs of the battery market for electric vehicles, mobile devices, glass and ceramic manufacturing and the pharmaceutical industry. 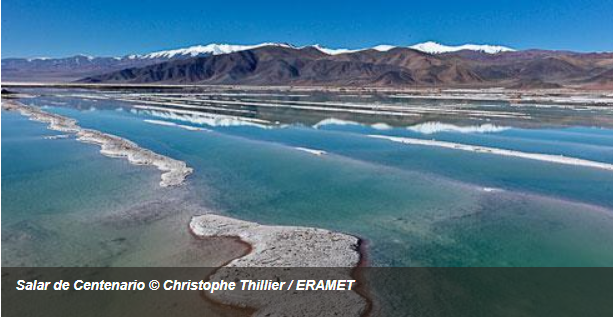 We contributed our process, characterization and materials synthesis expertise to the project and developed a sieve enabling the selective capture of lithium.  It was validated in July 2018 under conditions representative of the process. 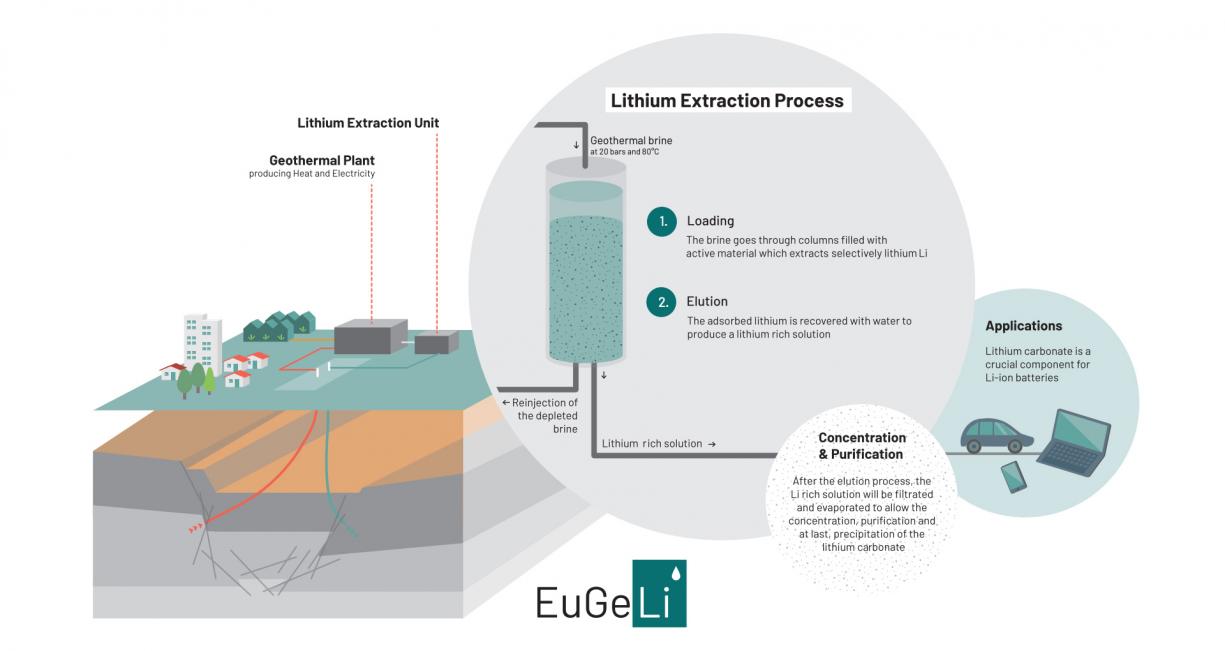 We are continuing our collaboration with Eramet and nine other partners, as part of the European project Eugeli European Geothermal Lithium Brines", launched in February 2019 with the support of the EIT Raw Materials, an EU body. This three-year project aims to develop a pilot that uses a selective lithium capture material. In this context, we have adapted the sieve, previously developed for the water of the Argentine salars, for use in the geothermal water of the Rhine basin.  In the first half of 2021, lithium was extracted from geothermal brines during tests carried out in Alsace, at the Rittershoffen geothermal electricity production pilot site, managed by Électricité de Strasbourg, co-leader of the project.  This is a world first!»

Working in partnership with ADEME, IFPEN conducted a prospective study focusing on the dynamics of lithium supply and demand based on various scenarios relating to the electrification of the global vehicle fleet out to the year 2050.

Our study concludes that, in the long term, while the risk in terms of the availability of lithium from a geological point of view remains limited, supplies are likely to be exposed to a variety of other risks: 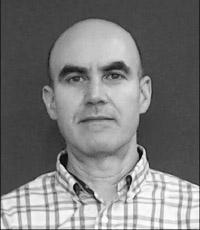 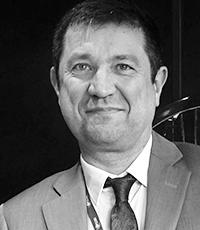