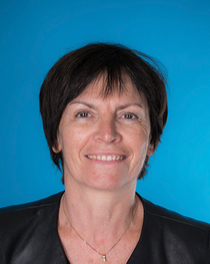 Elisabeth Merlen, 58, is a graduate of the Institut des sciences de la matière et du rayonnement - Institute of matter and radiation science (École nationale supérieure d’ingénieurs in Caen - Caen School of Engineering) - and has a PhD in Petroleum Sciences from Paris VI University.

She joined IFPEN in 1989 as a research engineer within the Physics and Analysis Division.
In 1996, she moved to the Kinetics and Catalysis Division where she was responsible for developing new catalysts for catalytic processes.
In 2000, Elisabeth Merlen was appointed Human Resources training manager, before joining the IT Services and Telecommunications Division in 2005 as Head of the Information Systems Studies and Evolution department.
In 2011, she joined General Management as R&I officer.
Since 2016, Elisabeth Merlen had been Deputy Director of the Risks, Internal Audit and Quality Division. 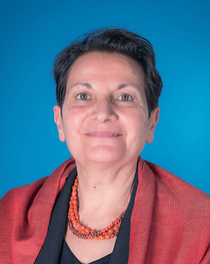 Sylviane Buttafoco, 60, is a graduate of the École polytechnique féminine (EPF) engineering school.

In 1999, having held a number of posts at Matra transport and Alcatel, Sylviane Buttafoco joined IFPEN’s IT Services Division where she was responsible for overhauling operating modes and methods.
In 2001, she helped set up the Internal Audit Division. In 2008, she was appointed Project Manager responsible for software distributed by Beicip-Franlab at the Energy Resources Business Unit.
In 2010, Sylviane Buttafoco was appointed Director of the Risks and Internal Audit Division. Since 2016, she had been Director of the Risks, Internal Audit and Quality Division.