WHAT IS THE ROLE OF FUNDAMENTAL RESEARCH AT IFPEN?

IFPEN dedicates around 30% of its R&I budget to fundamental research programs in order to build the library of scientific knowledge required for the development of innovations for the energy transition. This research, often conducted within a collaborative framework, is located at levels 1 to 3 of the TRL* scale: from the observation and description of basic principles to proof of the principal functions and/or characteristics of the concept.

* the TRL or Technology Readiness Level scale evaluates the degree of maturity reached by a technology up to its integration in a complete system and its industrialization. It is made of nine levels.

IFPEN’s fundamental research activities are managed and coordinated within a structure hinged around nine cross-functional scientific challenges, underpinned by working groups involving several research divisions (“scientific challenges” groups). This dynamic organization makes it possible to identify the scientific challenges associated with the development of our innovations at an early stage, and to specify research strategies, pool resources around common problems and foster cross-fertilization. It also makes it possible to reinforce creativity potential, thereby reducing the time and costs involved in the emergence of IFPEN’s future innovations.

OCEAN ENERGIES AND OFFSHORE WIND POWER AT IFPEN: FROM FORECASTING TO INNOVATION

Convinced of this field’s potential, IFPEN has been investing in it since 2008 capitalizing on long-established expertise in offshore oil production and automobile control. Early work focused on forecasting, along with technical and strategic studies. The idea was to identify the most relevant energy sectors that should be given priority in IFPEN's activities.

In January 2011, a research and innovation program was launched dedicated to offshore wind power and ocean energies, with a focus on floating wind turbines. In 2012, further projects were launched on wind turbine control and wave energy conversion control, which employ methods developed within the context of the fundamental research program concerning system optimization and control (scientific challenge 7).

The design of floaters for offshore wind turbines is one of IFPEN’s strengths, derived from its expertise in the offshore oil sector. The activity is driven by continuous progress in the fields of fluid-structure interaction modeling and high-performance computing, which are combined to determine all the loads exerted on the various components (floating support, mooring systems, blades).

On a larger scale, high-fidelity modeling combining wind turbine aerodynamics with a weather forecasting model led to the development of an “expertise-specific” software solution making it possible to optimize the layout of turbines at a wind farm. Significant productivity gains are expected in the offshore context where wake-related energy losses can be as much as 40%.

The excellence of IFPEN’s expertise in the field of ‘system control' was recognized in 2019 at a prestigious international competition dedicated to wave energy conversion.

In parallel, IFPEN has become a recognized player in the wind power sector within the French and European research systems, via its participation in various collaborative projects and structures. For example, it contributed to the creation of the French institute for the energy transition (ITE) France Energies Marines as well as the Ancre program group dedicated to Ocean Renewable Energies (OREs).

IFPEN also contributes to several ANR1, French Environment and Energy Management Agency (Ademe)2 and international3 projects, in order to overcome the scientific, technological and economic challenges hampering the growth of OREs and propose innovative solutions for the development of the corresponding industrial sectors.

Over the course of time, IFPEN has thus built up a level of credibility and visibility enabling it to establish partnerships aimed at the industrialization and marketing of products. More than 20 patents have been filed and several software solutions marketed.

1 Such as the SMARTEOLE PROJECT that led to the development of the smart rotor, controlled on the basis of wind measurements provided by Lidar
2 Such as the S3 PROJECT, an offshore demonstrator of an innovative system based around electroactive polymers
3 Such as IEA-Wind’s OC4/OC5 projects

More than 600 scientific publications and conference papers
30% share of fundamental research in R&I activities
1,136 engineers and technicians dedicated to research 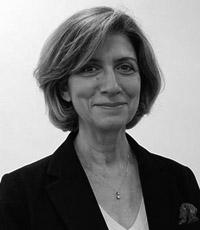