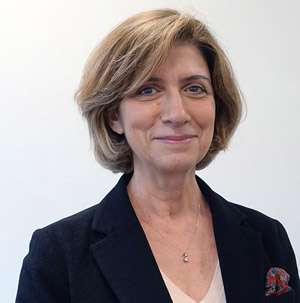 Olga Vizika-Kavvadias, 58, is a chemical engineer with a PhD in fluid mechanics from the University of Patras, in Greece.

Having spent two years in the Chemical Engineering Department at Princeton University, she joined IFP Energies nouvelles in 1990, working as a research engineer in the Reservoir Engineering Division. From 1996, she led a succession of projects on field development processes and the modeling of multiphase and reactive flows in complex porous media, with a variety of applications, from oil and gas recovery to the geological storage of CO2.

In 2001, Olga Vizika-Kavvadias took over at the helm of the Petrophysics Department within the Reservoir Engineering Division. She was then appointed Director of the Division in 2006.

Olga Vizika-Kavvadias had been Director of IFPEN’s Geosciences Division since 2013. 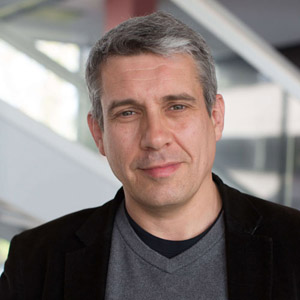 Benjamin Herzhaft has been appointed Director of the Geosciences Division, taking over from Olga Vizika-Kavvadias, who has taken up her role as Scientific Director.

Benjamin Herzhaft, 51, is a graduate of the ESPCI Engineering School in Paris, has a PhD in physics from Pierre et Marie Curie University and holds a national accreditation to direct research obtained from the University of Western Brittany. He is an IHEST auditor, class of Elinor OSTROM (2018-2019).

Benjamin Herzhaft joined IFP Energies nouvelles’ Applied Chemistry and Physical Chemistry Division in 1997. In 2001, he was appointed drilling fluids project manager and then, in 2005, manager of the “well productivity-injectivity” theme for the Exploration-Production Business Unit. In 2007, Benjamin Herzhaft took over at the helm of the Physical Chemistry of Complex Fluids Department, followed, in 2010, by the Physical Chemistry of Complex Materials and Fluids Department. In 2015, he was appointed special assistant to the Vice-President for Research and Innovation, responsible for overseeing changes to the organization of IFPEN’s fundamental research.

Benjamin Herzhaft had been in charge of the Fundamental Research Program in IFPEN’s Scientific Division since 2016.