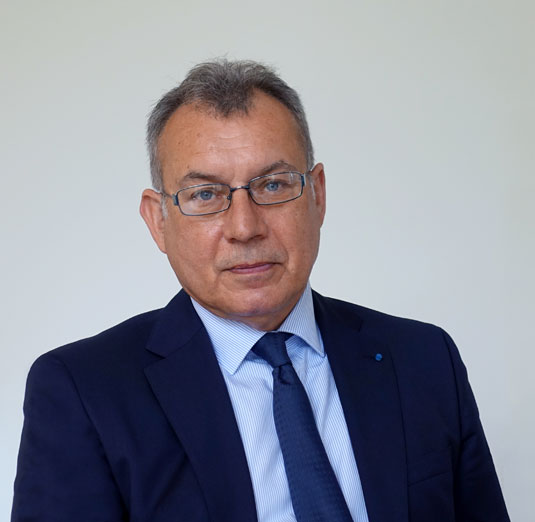 Pierre-Franck Chevet, 58, a former student of the École Polytechnique and ENSAE, is a general mining engineer.

He began his career in 1986 at the French Nuclear Safety Authority (ASN), where he held various positions. From 1995 to 1999, he was Director of the Regional Directorate for Industry, Research and the Environment (DRIRE) and the National Agency for the Promotion of Research (ANVAR) of the Alsace region. He then joined the Nord-Pas-de-Calais region, as Director of the DRIRE and Director of the École des Mines de Douai.

In 2005, Pierre-Franck Chevet was appointed to the Prime Minister's cabinet as head of the Industry, Energy, Environment and Innovation cluster. From 2007 to 2012, he was Director General at the General Directorate for Energy and Climate in the French Ministry for Energy.

Since 2019, Pierre-Franck Chevet has been a member of the General Council for the Economy, Industry, Energy and Technology and has been in charge of several interministerial missions. 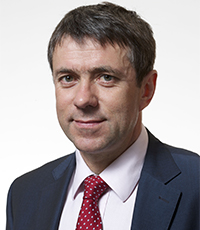 Éric Lafargue is a graduate of ENSG Nancy (French National School of Geology in Nancy) and the Ecole Nationale Supérieure du Pétrole et des Moteurs (ENSPM, now IFP School). In 1986, he joined IFPEN’s Geology-Geochemistry Division where he led various R&D projects relating to oil formation and its accumulation in fields. From 1998 to 2002, he was seconded to the French Ministry of Industry (Oil and Gas Department) where he was specifically responsible for monitoring companies in the French oil-related sector. He also managed the French Oil and Gas Sector Support Fund.
In 2002, he joined IFPEN’s Industrial Development Business Unit, where he was responsible for managing the portfolio of subsidiaries and stakeholdings. He was made Deputy Director in 2007, then Director in 2009.
Since 2017, Éric Lafargue has been Executive Vice-President responsible for industrial development, subsidiary management and legal, economic and financial affairs. 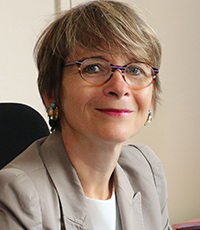 Catherine Rivière is an engineer who graduated from ENSIMAG (École nationale supérieure d’informatique et de mathématiques appliquées de Grenoble - Grenoble School of Computer Science and Applied Mathematics). She joined IFPEN in 1983 as a research engineer based in the Reservoir Engineering Division where she worked on the development of numerical simulation models.

In 1992, she moved to the Research and Development Division as special assistant. In 1994, she was appointed associate director of Exploration Reservoir, and subsequently deputy director in 1996. In 2001, she left IFPEN to take over as CEO of the subsidiary TECH’advantage.

From 2007 to 2017 she was CEO of GENCI, the company responsible for implementing national policy in France relative to the provision of high-performance computing tools for public research.
In 2017, Catherine Rivière was appointed Director of the Energy Resources Business Unit.

She was appointed Executive Vice-President Research and Innovation in 2019. 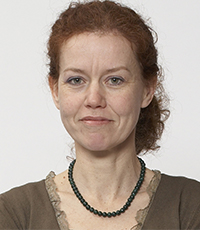 Nathalie Alazard-Toux is a graduate of ENSG Nancy (French National School of Geology in Nancy) and ENSPM (Ecole Nationale Supérieure du Pétrole et des Moteurs, now IFP School), where she specialized in Economics and Business Administration.
She joined IFPEN’s Economics Department in 1990, where she conducted a number of studies in the field of exploration-production. In 1993, she moved to the Strategy, Economics and Program Division where she contributed to strategic studies and the monitoring of upstream oil and gas R&D programs. 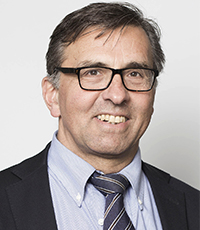 Jean-Pierre Burzynski is a graduate of the École centrale de Lyon and holds a graduate research degree in fluid mechanics. After beginning his career at Air Liquide, he joined IFPEN’s Process Engineering Division in 1986 where he was successively R&D project manager, head of department and then Director from 1999.

In 2004, he was appointed Deputy Director of the Refining-Petrochemicals Technology Business Unit, subsequently renamed the Process Business Unit. He has been Director since 2009. 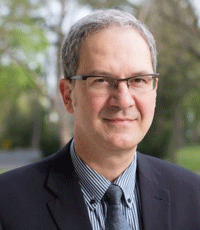 He joined IFPEN in 1992 as a research engineer in the Applied Mechanics Division, before becoming a project manager in 1998.

In 2001, he was appointed Director of the Applied Mechanics Research Division, whose modeling, numerical simulation and technological innovation activities are mainly focused on offshore energy production (oil and gas as well as ocean renewable energies).

Since 2014, he has been Scientific Director, notably in charge of coordinating IFPEN's fundamental research.

In 2019, he has been appointed Director of the Energy Resources Business Unit.

Eric Heintzé is a former auditor at the Institut des Hautes Etudes pour la Science et la Technologie (the class of Boris Vian); he is a member of the Scientific Board at ENS de Lyon and a member, through Alliance Ancre, of the steering committee of the ANR's "Energy and Materials Sciences" program. 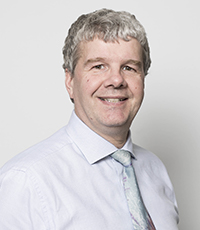 He took over at the helm of the Engine Technologies Department in 1997, and became Director of the Energy Applications Techniques Division in 2002. In September 2008, he was appointed Executive Vice-President of the company D2T and Head of Industrial Operations. He came back to IFPEN in 2012 as Director of the Transport Business Unit. 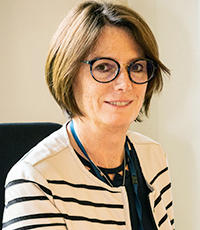 Véronique Ruffier-Meray graduated in industrial chemical engineering from CNAM (Conservatoire national des Arts et Métiers). In 1982, she joined IFPEN’s Thermodynamics Department. Following a 2-year secondment to Elf from 1990, she returned to IFPEN as a research engineer in the Thermodynamics and Molecular Modeling Department; she led the same department from 2001 to 2010.

In 2010, she moved to the Strategy Division as Special Assistant. In 2012 she was appointed Director of the Applied Chemistry and Physical Chemistry Division. Véronique Ruffier-Meray has been Human Resources Director since 2018.

Christine TRAVERS, Dean of IFP School and Director of the Education and Training Business Unit 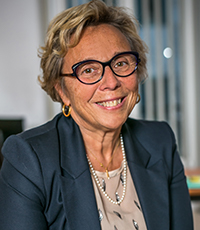 She began her career in 1982 as an R&D engineer in the Kinetics and Catalysis Division at IFPEN. From 1994 to 2001, she was a teacher and researcher at IFP School/IFPEN, professor at IFP School and head of the DEA (graduate research degree) in Chemical Kinetics with the Université Pierre et Marie Curie (UPMC). From 2001 to 2006, she held the position of head of the Refining-Engineering-Gas program at IFP School. Following a secondment to Shell, in 2007 she was appointed Director of the Refining-Petrochemicals-Gas Center at IFP School, then in 2015, Director of Refining-Chemistry at IFP Training.

She was appointed Dean of IFP School and Director of the Education and Training Business Unit in 2017.