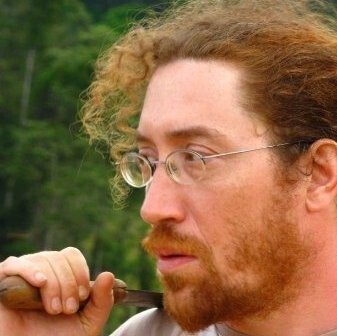 In April, IFPEN’s Geosciences Division welcomed Doctor David Sebag, Lecturer at Rouen University (Laboratory of Continental and Coastal Morphodynamics) and associate researcher at Lausanne University (Biogeosciences Laboratory) for a period of one year (01/04/2020 to 31/03/2021).

As a geologist, David Sebag focuses his research on the impact of human activities and the climate on continental environments (www.davidsebag.fr). For the past 20 years, he has been studying Holocene (<10,000 years old) environments in an archaeological context and recent environments (<100 years old) with a view to situating current environmental changes within a longer term perspective. Specializing in Environmental Geosciences, he has developed a specific method for studying organic matter (OM) contained in soils and continental environments taking benefit from parameters obtained by Rock-Eval® analysis.

Hosted at the Rueil-Malmaison site, he has joined the team responsible for the “Characterization / Verification of soils in the energy and environmental transition” project in order to reinforce its Soil Science expertise, develop methodologies specifically targeting the OM contained in soils and continental environments and reinforce IFPEN’s collaborative network in France and internationally. He is also contributing his expertise in the field of Environmental Geosciences to the “Climate change and geomorphology” project.

The themes tackled within the framework of this scientific visit relate to (1) the construction of a database and standardization of procedures for studying soils, (2) the development of new Rock-Eval® approaches to characterize carbon forms in soils, and (3) the study of carbon stabilization, sequestration and storage processes in soils related to pedoclimatic conditions, land use and agricultural practices. This research is being conducted in partnership with a number of different laboratories, both French (iEES in Paris, GET in Toulouse, Eco&Sols and MARBEC in Montpellier, CEREGE in Marseille, ENS in Lyon) and European (Biogeosciences at Lausanne University in Switzerland, MARUM at Bremen University in Germany).