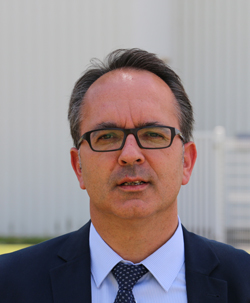 Catalysis and separation are essential fields when it comes to conceiving environmentally friendly innovations in the energy and chemistry sectors. By combining catalytic and separation steps, innovative, more energy-efficient processes can be developed, with better yields and limiting the production of by-products. This has a major impact given that over 80% of the products we use today have undergone one or more of these steps during their manufacturing process!

Drawing on its expertise and advanced methodologies, combining high-throughput experimentation with molecular modeling, IFPEN has established itself as an internationally recognized player in the design of differentiated catalytic and/or separation solutions. For example, it is now one of the world leaders for publications and patents in the field of sulfide catalysis, metal catalysis, acid-base catalysis and molecular catalysis. It is also actively involved in the development of new sectors, such as biofuels, bio-based chemistry,
or CO2 conversion.

Its broad influence is illustrated here by a few studies published recently in liaison with academia.

I hope you enjoy reading this issue.

Denis Guillaume, Director of the Catalysis and Separation Division