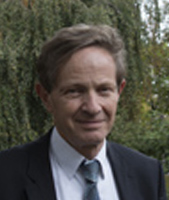 A number of until recently unsolvable complex problems are now within the reach of multiscale simulation following the rapid development of high-performance computation methods. We now have access to an extraordinarily effective combination of new ideas, advanced physical models, discretization and resolution methods, along with increasingly powerful  computing tools.

This revolution, which has been made possible through the capacity of parallel computation, has resulted in, for example, calculations of one million CPU hours (i.e. a century) being obtained in the space of one month. This represents a huge step forward in the ability to deploy sophisticated modeling methods which are useful for designing complex technical systems as well as simulating the interaction of physical phenomena.

This issue gives us an insight into the development work being carried out at IFPEN on the modeling of coupled phenomena, with a view to scale change, and its implementation in various domains.

I hope you enjoy reading this issue,

Sébastien Candel, Former Chairman of IFPEN's Scientific Board, Vice-President of the French Academy of Sciences

- Soot “sectioned” for reduced air pollution
- For better irrigation of fixed beds
- Basin modeling: crude oil on the menu for microorganisms
- Multiphysical all down the line
- Very often, we need to scale things down
- In search of bridges between multiple scales and multiscale