In the context of the ANR GENERATE (Geopolitics of renewable energies and prospective analysis of the energy transition) project, IFP Energies nouvelles (IFPEN) and the Institut de relations internationales et stratégiques (IRIS - French Institute for International and Strategic Relations) has today published the results of a prospective study on the evolution of energy geopolitics in the context of the low-carbon transition.

At a time when the decarbonization of the global energy mix has become a priority, this study is one of the first to analyze the geopolitical component of the implications of new energy policies and investments in renewable energies.

Reliance on the materials of the energy transition

The study highlights the market power exerted by countries producing energy transition materials, power that is set to increase in the coming years. It is quite possible that a reliance on fossil resources may be replaced by a reliance on other resources (strategic metals, structural materials, etc.). This reliance is inextricably linked to the issue of the criticality of materials, which varies depending on a State’s economic and political interests.

Furthermore, while we primarily focus on specific materials, such as lithium or rare earths, the study highlights the fact that there are also structural materials that are essential for the energy transition. Hence, in the context of a 2°C scenario, criticality, measured by a cumulative demand ratio by 2050 with respect to currently known resources, is 53% in the case of lithium and close to 92% in the case of copper, thereby demonstrating greater uncertainty for the latter. In both cases, the geopolitics of the producing countries, the concentration of resources, the industrial organization of the sectors and the environmental impacts of producing the materials are all sources of potential uncertainty in terms of energy transition dynamics.

Yet renewable energy technologies differ from conventional technologies since their profitability is largely dependent on the existence of climate policies. Furthermore, innovation and the roll-out of renewable energies are closely related to government intervention, which plays a pivotal role in the energy sectors and the funding of innovation. Central to the challenges of innovation, access to energy and tackling climate change, the acquisition of low-carbon patents thus becomes a perceptible manifestation of a State’s geoeconomic strategies.

For this reason, intellectual property is an essential component for understanding the geopolitical landscape of renewable energies, both within the scope of climate negotiations and in international competition between states in the area of low-carbon technologies. A country’s willingness to ratify an ambitious international agreement relating to the reduction of greenhouse gas emissions will be greater, for example, if it has significant technological assets in the low-carbon transition sectors. Conversely, countries with few technological assets in the area of renewable energies will have little incentive to get involved in tackling global warming. The analysis shows that to get more countries involved in the fight against climate change it is necessary to transfer technology to the least developed countries.

The central role of oil and gas producing countries in the geopolitics of renewable energies.

Finally, the study highlights the fact that innovation in the field of renewable energies is directly affected by fossil energy prices, which means that oil and gas producing countries can have a major influence on the energy transition. In the event of strong uncertainty with respect to the durability of climate policies, fossil fuel producing countries will be encouraged to maintain the reliance of consuming countries by favoring relatively low prices. Conversely, the anticipation of an inevitable withdrawal of fossil energies will encourage these countries to implement long-term economic diversification strategies. Such changes could also lead to a redefinition of the role of these countries on the international stage.

“Traditional” players in the geopolitical energy landscape will thus continue to play a key role in the pace and conditions of the energy transition.

Against a backdrop of the widespread roll-out of low-carbon technologies, the geopolitical energy landscape is liable to become increasingly complex in the coming decades. 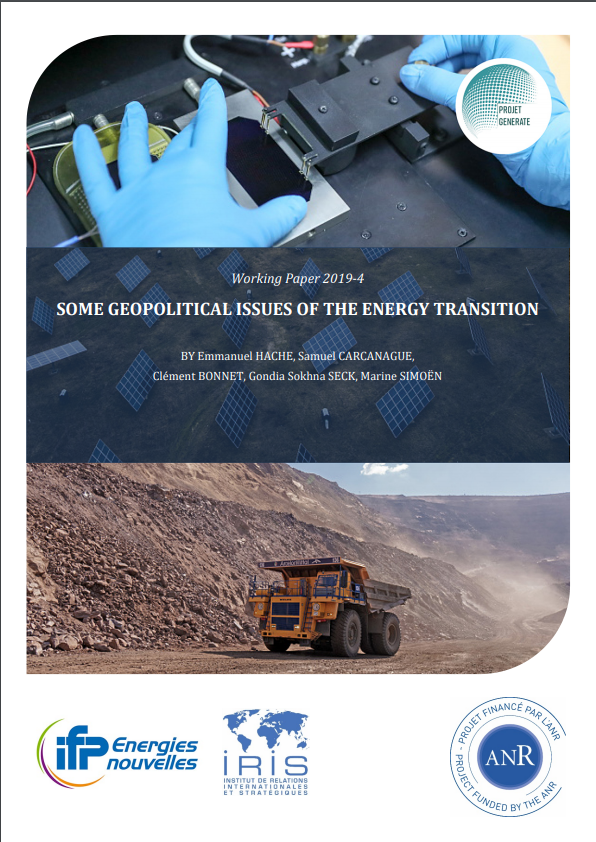 IFP Energies nouvelles (IFPEN) is a major research and training player in the fields of energy, transport and the environment. From research to industry, technological innovation is central to all its activities, based on three strategic priorities: sustainable mobility, new energies and responsible oil and gas.

IRIS, a recognized public-interest organization (according to the French law of 1901) created in 1991, is a French think tank set up to work on themes related to geopolitics and strategy. The Institute covers a very broad range of geostrategic questions, working on behalf of public organizations and private companies that commission it to carry out studies, deliver reports and provide training. Its researchers participate in numerous conferences in France and around the globe. In parallel, its media activities, its dynamic presence on the internet and on social networks and its role in the organization of numerous events, enable IRIS to fully participate in debates on international and strategic issues, at the same time addressing the public need for analysis and explanation.

The French National Research Agency (ANR) is a public administrative body under the supervision of the ministry in charge of research. It acts as a research-funding entity for projects in France. Through a competitive selection mode that meets international standards, the agency endeavors to: contribute to the development of science and technology; foster creativity, decompartmentalization, project emergence and partnerships; encourage interactions between disciplines, and intensify public-private links. 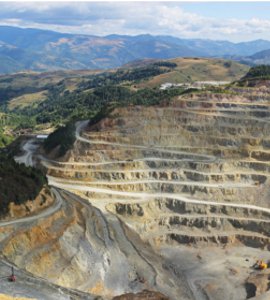 To find out more
Decoding keys > Metals in the energy transition