Metals in the energy transition

Copper, cobalt, lithium... we are set to be increasingly reliant on metals due to the large-scale roll-out of renewable energies and new forms of mobility. According to economist Emmanuel Hache, who heads the ANR GENERATE project, this reliance could lead to shifts in the balances of power and even growing tensions on the international stage.

What terminology should be employed for metals? Here is a brief recap of the various concepts and major families relating to them*.

Metals have not been assigned a perfectly defined geological classification, but they are nevertheless categorized into four major industrial families:

Rare metals are chemical elements for which the “rarity” is estimated on the basis of their abundance in the earth’s crust.

Rare earths, which should not be confused with rare metals, are defined as such due to the fact that they are difficult to extract rather than their geological rarity . This is a group of 16 or 17 metals withsimilar chemical properties. They are chemically quitereactive and have electromagnetic properties that make them essential for the manufacture of high tech products.

It is widely believed that the use of renewable energies will simplify future energy geopolitics because there are no associated competing uses. However, the conclusions of the ANR GENERATE project, conducted by IFPEN between 2017 and 2020, reveal a somewhat more complex reality.

Firstly, the current energy transition is an extremely slow process since it is poorly defined . In reality, for the moment, energy consumption is a more matter of energy stacking based on fossil energies and renewable energies rather than a switchover.

While the share of oil in the global energy mix has fallen from 49.6% to 33.1%, its absolute consumption volume has doubled since 1973.

The major energy transitions throughout history

Four energy transitions have marked our history:
1. The control of fire 400,000 years ago;
2. 5,000 years B.C., irrigation and animal power;
3. At the end of the 18th century, coal replaced wood and the muscle strength of humans and domestic animals;
4. A cluster of innovations appeared during the last two decades of the 19th century. They led to the harnessing of electricity and the development of the internal combustion engine running on either gasoline or diesel.

These energy transitions are the result of an addition rather than a succession, with new primary energy sources joining pre-existing sources. This stacking has gathered momentum since the industrial revolution.

Moreover, the drivers of the energy transition are complex. The technical progress and energy efficiency associated with renewable energies lead to a phenomenon known as the “rebound effect” that, contrary to what we might believe, means that their development does not necessarily result in a decrease in resource consumption.

The theory of the rebound effect or the energy efficiency paradox was first expounded by the British economist William Stanley Jevons in his book entitled The Coal Question (1865). Having observed that the technical progress relating to the steam engine did not result in a decrease in coal consumption, he stated that while more efficient technologies generate energy savings per unit of production, they paradoxically increase the total energy consumed. This is because the energy efficiency effect is offset by the large-scale roll-out of the technology. The rebound effect is the focus of in-depth studies in the vehicle and housing sectors.

Let’s take the examples of technological innovations, developed to support the energy transition, which make use of these various refined ores and metals:

Renewable energies are being rolled out on a massive scale to fight climate change, of course - and more particularly as a result of global decarbonization objectives in the electricity sector - numerous technological innovations (digitalization, smart grids), the determination of investors to reduce the environmental footprints of their companies andstrong societal demand. In addition, the development of renewable energies goes hand in hand with a mechanical fall in their costs, due to their mass roll-out.

According to the International Renewable Energy Agency (IRENA), the cost of electricity from renewable energy technologies could continue to fall until 2035 (by between 25% and 60% depending on the technologies).

The growth in the production of renewable energies at increasingly competitive costs brings with it a new reliance on so-called “critical” or strategic materials. 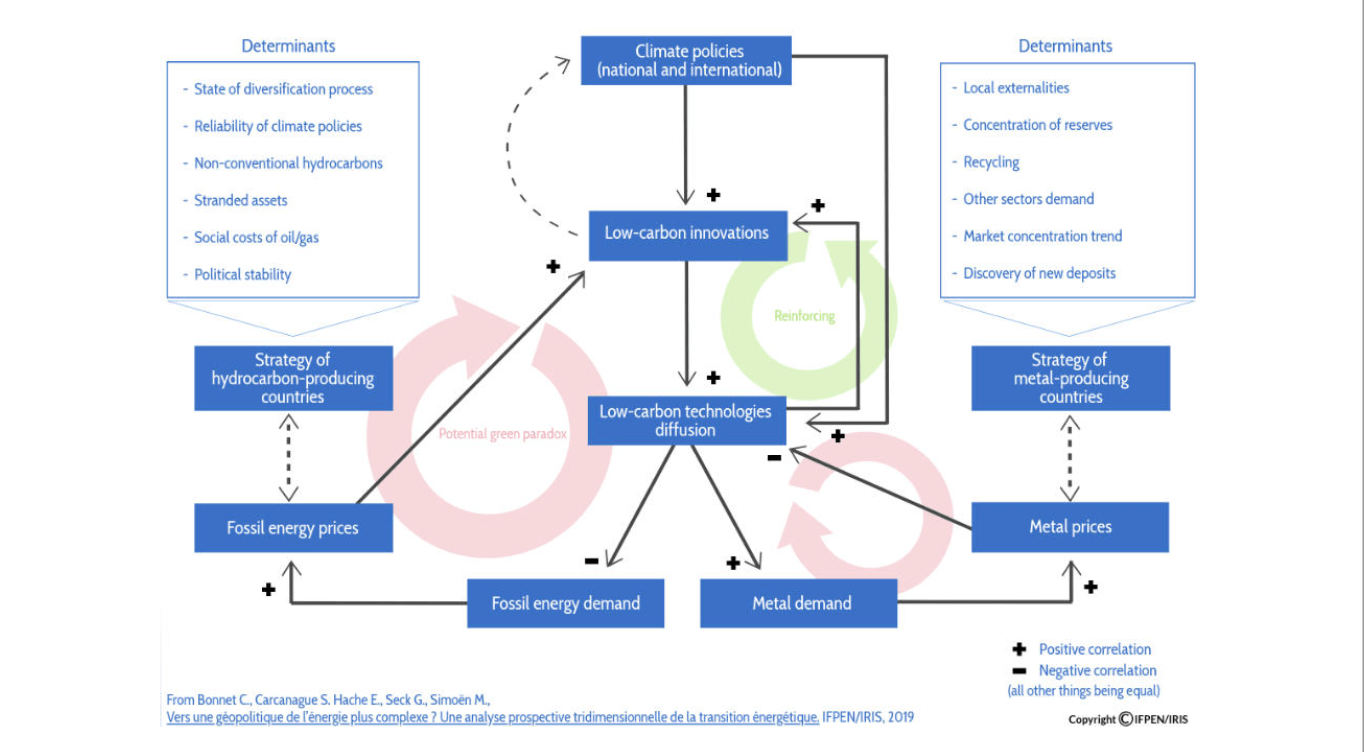 In this respect, the GENERATE project team wonders: is the energy transition not in fact replacing dependence on fossil resources with another?

WHAT IS A CRITICAL OR STRATEGIC METAL?

Criticality is an approach based on an assessment of the risks associated with the production, use and end-of-life management of a raw material (Graedel and Nuss, 2014). A raw material is critical when it:

Lastly, its reserves and its production are geographically concentrated.

Criticality is not a universal concept. A raw material’s criticality may vary from one country to another, asit actually relates to four levels of risk, i.e., four types of criticality:

The low-carbon technologies (storage, connectivity, energy efficiency, catalysis, electricity transport and production, nuclear, etc.) that global energy policies are promoting as substitutes for traditional technologies do not consume fewer materials. In fact, quite the opposite is true.

20 kg of copper are required to manufacture an IC vehicle, 40 kg for a hybrid vehicle and around 80 kg for an electric vehicle.

In fact, the energy transition is set to continue to exert significant pressure on resources. Consequently, Emmanuel Hache and his team have defined a model that can be used to assess the demand for materials up to 2050.

How does it work?

The TIAM-IFPEN model (TIMES Integrated Assessment Model), a bottom-up linear programming model, was developed at IFP Energies Nouvelles (IFPEN). It is a global multi-regional model that has a rich technological basis for assessing the dynamics of the global energy system, from resource extraction to energy end-use, over a long-term period of more than 100 years. It was developed for analyzing and assessing the possible consequences of different energy, environmental or legislative orientations with an explicit and detailed representation of technologies and types of energy. Within  the GENERATE project framework, we have established  all the value chains of different materials (cobalt, copper, lithium, nickel and rare earths) in order to evaluate their demands under different scenarios (2°C and 4°C).

WHICH METALS ARE MOST AT RISK?

The model provides fresh insight into the consequences of the energy transition. It establishes various levels of pressure on the resources studied and reveals that common metals may also be exposed to considerable risks.

While economic literature had previously focused more on lithium and rare earths, the model highlights the fact that copper may be the most constrained metal as the energy transition gathers pace.

Almost 90% of currently known copper resources may have been extracted by 2050.

This forecast is based less on the consumption of copper in the electricity network and transport sector (less than one third of global consumption), and more on consumption in the consumer goods, industrial and construction sectors where considerable growth is expected to continue in the coming decades.

Cobalt is associated with a high level of geological criticality that must be relativized depending on the type of batteries used in the transport sector. The risk to this mineral is rather geopolitical because of its supply problems, as mining production is concentrated in the Democratic Republic of Congo (DRC), a highly politically unstable country.

The indicator* concerning cobalt ranges in the 2°C scenario from 64,7% to 83.2% depending on the penetration rate of batteries with a low cobalt content.

The level of geological criticality for lithium is low since around 70% of known resources are likely to still be available in 2050 in a 2°C scenario.

Economic criticality for this metal is of greater concern: the concentration of lithium reserves and actors on the market, the divergent strategies of producers (Argentina, Australia, Bolivia and Chile), the low depth of the financial market and the absence of price transparency may, in the future, have a detrimental impact on lithium supplies.

5 players control 90% of the lithium market

Nickel is associated with a moderate degree of geological criticality with a range from 39% to 41% of resources still available by 2050.

All of the materials studied consume water in a context of competing uses. The environmental criticality is high for this resource, for all of the metals studied.

RECYCLING OF METALS, AND WHY NOT ENERGY SOBRIETY?

Within the context of the energy transition and with regard to the results relating to criticality, the GENERATE project reveals that public policies are of significant importance, particularly those promoting sustainable mobility and recycling. They make it possible to reduce constraints on resources and therefore require specific attention. For example, where copper is concerned, the model shows that a shift towards sustainable mobility, within the context of a 2°C scenario, would lead to a reduction of around 20% in the consumption of this metal in the transport sector.

A study estimates that there are 100 million telephones (containing cobalt, copper and rare metals) stashed away in drawers in France that could potentially be recycled.

The results also show that, for all ores combined, significant pressures may be exerted on water resources, which could in turn hamper the international energy transition.

In light of these conclusion, the GENERATE project invites us to think again about the energy transition in order to move away from the current pattern of energy addition and to consider the question of restraint with respect to energy and economic systems.

In 2018, the OECD estimated the consumption of materials to be 33 kilograms per day and per person. The organization believes that this figure could rise to 45 kilograms by 2060.

All of these issues will have to be incorporated into the reflection process associated with future climate negotiations. Holding mineral resources (cobalt, copper, lithium, nickel, etc.) or patents for decarbonization technologies could represent significant assets and relevant levers for negotiation within the framework of a post-COP21 climate agreement.

1. Low-carbon technologies consume more materials than traditional technologies and the energy efficiency associated with the development of renewable energies is also accompanied by an increase in the consumption of mineral resources.
2. The criticality of a metal is not universal and may vary between countries, as well as over time as technology evolves.
3. According to the model, it is not lithium, but copper that is the metal most constrained geologically by the energy transition. Lithium is more constrained economically and cobalt geopolitically.
4. Collective and individual solutions involving metal recycling, sustainable mobility and, beyond these, energy sobriety, have their full place in the actions to be envisaged

Other economists examine the issue of the energy transition from the geopolitical angle, including David Criekemans and Daniel Scholten in Europe, and Meghan O’Sullivan in the USA. 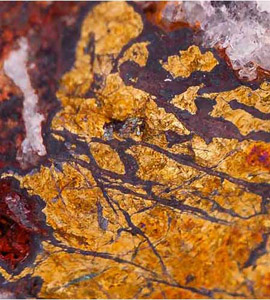 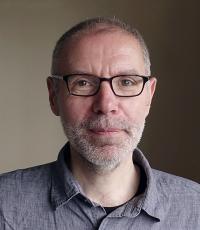 Nickel in the energy transition: why is it called the devil’s metal?

Lithium in the energy transition: more than a resource issue?