Rock-Eval® thermal analysis is a laboratory process that can be used to rapidly evaluate the organic carbon and mineral carbon contents of rocks and soils. Rock-Eval® analysis also provides information concerning the thermal reactivity of the organic and carbonate compounds contained in rocks and soils.
By extension, this process can be applied to any material containing organic compounds (i.e., primarily made up of carbon), be they natural materials such as sedimentary rocks, recent sediments, soils, kerogens, plant biomass, coke, or artificial materials such as corrosion inhibitors, catalysts or lubricants. 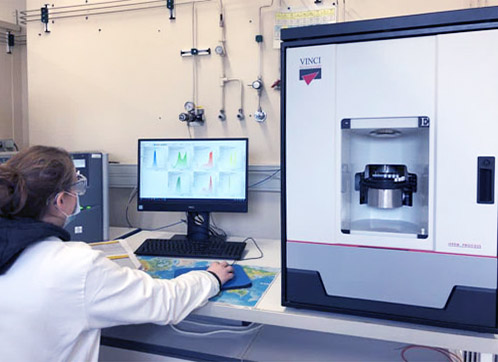 Rock-Eval® : HISTORY OF A PROCESS

The Rock-Eval® process was invented at IFPEN in the 1970s by Jean Espitalié and his colleagues. The aim was to be able to analyze, in a timely and cost-effective manner, the organic carbon content and oil potential of  petroleum source rocks. Successive versions of the Rock-Eval® analyzers (versions 1 to 6) have been improved to optimize quantification of the total organic carbon (TOC) and mineral carbon content (MinC) in rocks. The latest version, Rock-Eval® 7 Sulfur, adds the thermal analysis of sulfur compounds to that of carbon compounds. Hence, in addition to having information about the organic and mineral carbon content, it is now possible to quantify the sulfur content.

ROCK-EVAL APPLICATIONS®, FROM THE EVALUATION OF OIL POTENTIAL TO SOIL CHARACTERIZATION

The Rock-Eval® process has been used as a benchmark technique in oil exploration and production since the 1980s, for the identification and characterization of source rocks and reservoir rocks, via the rapid screening of large numbers of rock samples. In particular, it makes it possible to evaluate the oil potential of a source rock, its type, and its maturity. It is also used to estimate the oil amount in source rocks and reservoir rocks.

Rock-Eval® is also used to quantify the organic carbon and mineral carbon contents and to trace the sources of organic matter in sedimentary rocks and recent sediments. These applications concern ocean and coastal environments as well as lacustrine and river environments.

In the field of soil contamination and sediments, Rock-Eval® analysis provides a rapid diagnosis of the quantity of pollutants and the type of hydrocarbons present. It can also be applied to evaluate the impregnation of drill cuttings by drilling mud.

In the field of pedology, Rock-Eval® analysis is also used to quantify organic carbon content and characterize soil organic matter. In addition, specific interpretative approaches have been proposed to analyze the most reactive proportion of soil organic matter and quantify the proportion of carbon persisting in the soil on a one-hundred year scale.

THE ROCK-EVAL® METHOD: PRINCIPLE AND OPERATION

The principle of the Rock-Eval® method is based on the continuous measurement of carbon compounds (and sulfur compounds in version 7S) produced by a sample during its gradual thermal decomposition when exposed to programmed temperature increase. Thermal decomposition is produced via two successive heating steps: pyrolysis (heating in the absence of oxygen), followed by combustion of the pyrolysis residue (heating in the presence of oxygen). The advantages with these separate heating steps are that they make it possible to, firstly, characterize thermally labile compounds via pyrolysis and, secondly, oxidize the pyrolysis residue during combustion, thereby giving access to the organic and mineral carbon content (and sulfur content in version 7S). 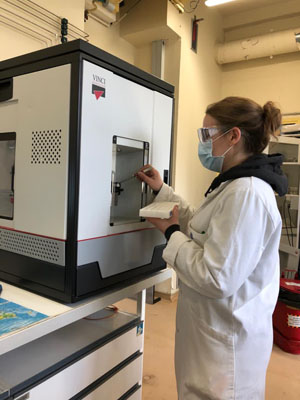 Seven thermograms are generated by the continuous measurement over time of hydrocarbon compounds, CO, CO2 and SO2 from the pyrolyzed and oxidized sample. These thermograms form peaks as a function of temperature, which are interpreted in terms of the thermal reactivity of the decomposed compounds. It is thus possible to identify and quantify the different types of compounds, such as oil-forming organic matter, oil accumulations in sedimentary rocks, free oil in oil source rocks, carbonates, pyrite and sulfur-containing organic matter in sedimentary rocks. 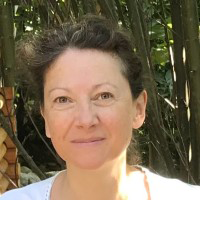