IFPEN regularly hosts renowned external researchers, for periods ranging from a few months to a year, as well as outside PhD students on a temporary basis.

Researcher exchanges take place within the framework of collective research activities and a spirit of openness to the outside world. The presence of visiting researchers provides a platform for comparison and exchange. IFPEN researchers are also able to spend several months conducting research in a partner laboratory. Such exchanges are particularly beneficial for both sides, providing food for thought for researchers and contributing to research advances.

Would you like to spend time working with IFPEN’s teams?
Do not hesitate to discuss your ideas with IFPEN researchers during projects, conferences or other events.

By way of example, in April 2020, IFPEN’s Geosciences Division welcomed Doctor David Sebag for one year. Specializing in Environmental Geosciences,  he has joined the team to reinforce its Soil Science expertise and will tackle different themes :

In July 2018, Edson Soares, Associate Professor from the Universidade Federal do Espírito Santo (Brazil), has been hosted at the IFPEN Lyon site by Myriam Darbouret, Guillaume Vinay and Jean-Lou Pierson, for a one-year scientific visit. A specialist in the field of fluid mechanics and the rheological characterization of complex fluids, he is working on multiphase problems, particularly those related to water treatment and water/oil separation in EOR processes, using experimental and modeling tools.

From April to August 2017, IFPEN’s Philippe Degeilh was seconded to the Argonne National Laboratory (ANL) in the USA, a research facility that is very active in numerous energy-related fields, particularly transport. Thanks to his research, the two players’ simulation tools were combined to map pollutant emissions associated with car journeys on a city scale.

Between May and August 2017, IFPEN hosted Ardalan Vahidi, Associate Professor in the faculty of mechanical engineering at Clemson University (South Carolina, USA), as a scientific visitor specializing in connected and driverless vehicles. In partnership with Antonio Sciarretta, IFPEN’s specialist in the field, he worked on driving control in a connected and/or driverless vehicle for enhanced energy efficiency and contributed to:

>> Find out more about Ardalan Vahidi’s research conducted at IFPEN.

Between September 2016 and February 2017, IFPEN’s Yann Creff hosted Professor Per-Olof Gutman from Technion (Israel Institute of Technology) as a scientific visitor. During his stay, his work in the field of processes resulted in the definition of a methodology for temperature control in the catalytic zone of a continuous reactor. This methodology could be implemented for other reactors. In the field of mobility, he worked on the dynamic control of vehicle speeds, in order to minimize their energy consumption. The research is set to give rise to patents and publications.
>> Find out more about the research conducted by Per-Olof Gutman at IFPEN.

Between October 2016 and February 2017, Professor Sveva Corrado, from the University of Roma Tre (Italy), was hosted by William Sassi. She worked with geosciences teams on issues relating to the thermicity of sedimentary basins and the use of paleo-thermometers, using maturity indicators, in organic matter. The collaboration with her ALBA laboratory began in 2016 as part of a thesis (with the university of Roma Tre) studying the folded mountain chain of the Apennines and Sicily, and, in particular, the Scillato basin area.
>> Find out more about the research conducted by Sveva Corrado

Also, in 2016, Boutheïna Kerkeni, a Professor in the Faculty of Sciences at Tunis University, was hosted by IFPEN for a one-year scientific visit. She worked with IFPEN’s Céline Chizallet, and in collaboration with Dorothée Berthomieu, from the institut Charles Gerhardt in Montpellier. Her work related to the understanding of the catalytic systems involved in NOx reduction by selective catalytic reduction (SCR) using ammonia.

This form of hosting applies to a student enrolled as a PhD student in a French or foreign university, with no connection to IFPEN, who is temporarily hosted at IFPEN during his/her thesis. The visiting student is hosted for a period of between three and six months. 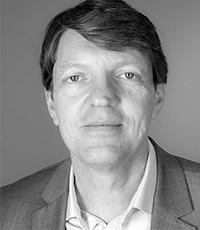