IFPEN, together with Friedrich-Alexander-Universität, has extended the widely applicable Lattice-Boltzmann (LBM) framework waLBerla to the simulation of entire wind farms using a Large-Eddy Simulation framework.

The waLBerla-Wind extension was developed during the EoCoE-II project. It comes with a holistic CPU/GPU implementation that allows a mutual code base for CPU and GPU hardware, making the code easily extensible and maintainable. Static mesh refinement is available on CPUs. Through the versatility of its actuator line implementation, waLBerla-Wind can deal with wind farms, including different wind turbine types, such as horizontal or vertical axis wind turbines.

The solver has been validated against wind tunnel experiments (NewMexico measurements) and compared with two Navier-Stokes-based approaches, Meso-NH and SOWFA (OpenFOAM). First scaling studies (Figure 2) show a speed-up of about 40 to 70 compared with Navier-Stokes-based approaches on CPU, and up to 400 when using GPUs. Considering the simulated physical time of 1200s, the simulations perform faster than in real-time when using 5 GPU nodes.

Weak and strong scaling experiments (Figure 3) have been run on the Topaze super-computer, using up to 45 nodes, each node containing 2 AMD Milan@2.45GHz (AVX2) CPUs with 64 cores per CPU. Regarding the GPU runs, each node consists of 4 Nvidia A100 GPUs.

Future work will include: 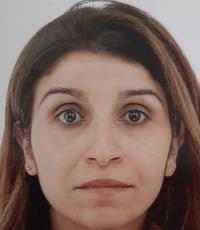