Ebullated bed chemical reactors are widely employed in the chemical engineering and petrochemical sectors. However, the hydrodynamics of ebullated bed reactors containing catalytic particles are poorly understood, often leading to units of this type being oversized.

It is quite natural given the complexity of the physical phenomena at play that the various problems should be subdivided into more targeted subjects.  Accordingly, this thesis was dedicated to the local hydrodynamic mechanisms of isolated cylindrical particles, the first essential step prior to moving onto the study of the numerous interactions between particles in an industrial ebullated bed.

Initial research focused on the anisotropy effects of an isolated cylindrical catalyst grain on its free fall in a liquid (figure). The regimes observed were classified, on the basis of adimensional parameters such as density and elongation ratios and the Archimedes numbera. Three free fall path modes were thus identified.

Next, as part of an initial approximation of the confinement effectsb, the free fall of cylindrical particles in 2D confined media (Hele-Shaw cellc) was studied with or without the presence of a swarm of ascending bubbles. High speed camera and advanced processing techniques made it possible to determine and analyze in detail the correlation between the changes in the paths of the free-falling particles and their interactions with ascending bubbles(1). 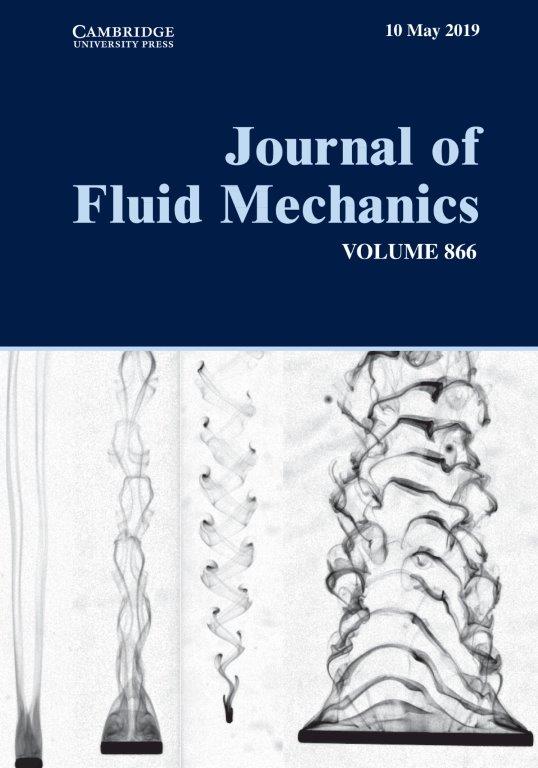 Extending the kinematic models resulting from this research to a larger number of particles will give rise to predictive Euler-Euler models that will be used
to design future industrial installations. This research will be continued as part of a collaborative programd.

a - Relationship between buoyancy and viscous effects.
b - Due to the large number of particles in a real ebullated bed.
c - Experimental apparatus composed of two glass plates placed very close together.
d - ANR MUSCATS project, with the Toulouse Institute of Fluid Mechanics and the Toulouse Chemical Engineering Laboratory.