Supported by its extensive research in the field of catalysis, IFPEN has made a significant contribution to the identification and theoretical prediction of catalytic formulations required for the development of innovative chemical processes. By demonstrating that it is possible to predict the descriptor value of the optimal catalyst for a given reaction, its research teams recently helped shed new light on heterogeneous catalyst function.

Catalysis innovation is a crucial upstream component in the development of innovative chemical processes, for both synthesis (molecule production) and energy purposes. Accordingly, IFPEN continues to conduct intensive fundamental and applied research in this field.

For a given reaction, the most competitive catalyst is generally the most active one, i.e., the one capable of facilitating the conversion of the largest number of reactant molecules per unit of time and per active site in given operating conditions. A catalyst is thus characterized by a measurable quantity, known as activity, associated with this intrinsic frequency, the composition of the catalyst and its local structure.

The chemist formulates, i.e., he/she attempts to combine elements of the periodic table to obtain a compound possessing the target property/properties. Since there are an immense number of such combinations, this exploration cannot be efficient without theoretical guides and without rational approaches. This is particularly true when it comes to catalysis. Existing formulations widely used for major industrial reactions were the fruit of expensive and extremely long “trial and error” processes, at best guided by intuition or fortuitous discoveries.

From the Sabatier principle to “volcano plots”: science on the march towards the energy of the future

Paul Sabatier (winner of the Nobel Prize in Chemistry in 1912 for his research in the field of catalysis and the hydrogenation and dehydrogenation of organic molecules) formulated his famous principle at the start of the 20th century, “stipulating” that an optimal catalyst is one which induces an interaction of intermediary strength between it and the reactants, sufficient to activate the latter and thus foster the thermodynamically possible reaction, but insufficient to poison the active sites via the formation of combinations that are too stable [1].

This principle heralded the invaluable “volcano plot” concept, the correlation describing a homologous catalytic series in which the activities measured are plotted on the y-axis, as a function of a quantity, known as the “descriptor”, measuring an interaction energy between sites and reactants.

Recent progress in the field of quantum theoretical chemistry, combined with the exponential growth in the power of numerical computation at constant cost, have made it possible to propose relevant descriptors and identify numerous volcano plots for the principal reactions of socio-economic interest. Beyond the identification of optimal catalyst descriptors for these reactions, these evolutions have stimulated and focused development efforts.

Research at IFPEN was already at the cutting-edge of the field in the 1990s, demonstrating in particular that industrial heterogeneous hydrodesulfurization catalyst formulations, based on mixed molybdenum and cobalt or nickel sulfides widely used in global refining, are close to the volcano plot optimum [2].

A much cited article, published in 2003 [3], theorized this result and extended it to other reactions in the refining and petrochemicals sectors. The descriptors proposed - binding energies representative of the interactions between reactant substrates and solid catalysts, derived from inexpensive ab initio calculations - had already made it possible to evaluate the benefits in complex hydrotreatment catalysts, incorporating several transition elements as well as multi-metal alloys for other reactions.

The 2020 publication [4] revisited this theory, applying it to a broader range of reactions in new energy technology fields (particularly electrocatalysis and photocatalysis). For example, Figure 1 shows a historic example of a volcano plot, which we revisited: it concerns the catalytic effect of the transition metal used as a cathode on the speed of molecular hydrogen production via water electrolysis.

Towards a new understanding of the foundations of catalysis: IFPEN’s contribution

However, an important question remained unanswered: is it possible to predict the value of the optimal catalyst descriptor for a given reaction? If so, the in silico screening of compositional fields of catalysts could be conducted with minimal experimental data, or even none at all, before launching a program of preparations and tests in the laboratory.

This general question forms part of the foundations of our understanding of catalysis. For the first time, the article published in 2020 [4] provides an affirmative answer, backed up experimentally and supported by a coherent theoretical explanation.

Since a given reactions is energetically characterized by the standard enthalpy reaction ΔH°, widely documented experimentally or easily calculated theoretically, it seemed natural to compare these energies with EMX,opt energies describing optimal catalysts for the same reactions. The result obtained is presented in Figure 2: a rigorous proportionality is observed, with a ½ slope for 12 different reactions. This figure thus establishes a relationship between the thermodynamics and kinetics of chemical reactions.

The IFPEN article [4] provides the theoretical explanation: under a fairly general hypothesis, it is demonstrated that the optimal catalyst is the one that evens out the energy levels of all the intermediates in the adsorbed phase throughout the reaction path linking reactants and products. The activation energy of this reaction path’s kinetically limiting elementary step is necessarily minimal for this optimal catalyst, making it the most active.

This fundamental result leads to a reconsideration of our understanding of heterogeneous catalyst function. In principle, it can be transposed to molecular and enzymatic catalysis. Concretely, it will theoretically pave the way for a significant acceleration in exploratory research in the field of catalysis. 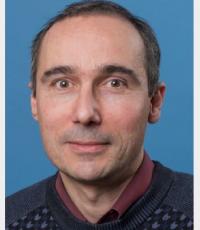 A publication in Chemical reviews, a first for IFPEN!

Shedding light on the external surface of zeolites by quantum calculation