Biogas and biomethane: turning our waste into energy

Lighting, heating, transport... thanks to our waste? It’s possible! Obtained via the fermentation of organic matter, biogas can be used to produce electricity, heat and even fertilizer. Purified biogas, known as biomethane, which has equivalent characteristics to those of natural gas, can be used in natural gas networks or as engine fuel. A renewable energy source as promising as it is virtuous… but the costs of which remain relatively high, thereby requiring government support. 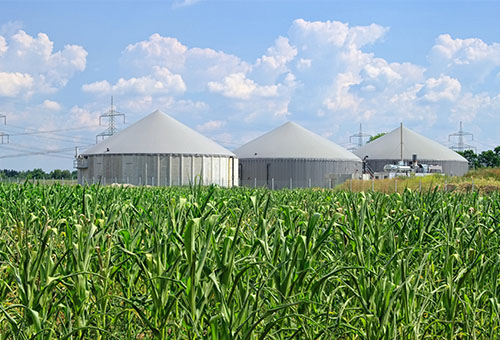 Biogas is usually derived from the fermentation of organic matter under the action of microorganisms. This fermentation process, which occurs spontaneously in natural ecosystems (marshland, paddy fields, soil, intestines of mammals, etc.), is known as methanization. Now, humans are able to harness the process and use it to convert our waste, replacing some fossil energy sources. The objective: to reduce our greenhouse gas emissions.

Other production options?
New biogas production methods based on the gasification of lignocellulosic resources (straw, plant stems, wood chips, etc.) or methanization (production of synthetic methane via the conversion of bio-carbon monoxide or dioxide in the presence of hydrogen) are currently in the experimental or demonstration phases. The methanization of microalgae is also being considered as a longer-term option.

How is biogas produced?

All organic matter, whether of animal or plant origin, can be methanized to convert it into biogas. At present, the following types of waste are most frequently used:

Methanization must take place in a confined facility known as a digester, in the absence of oxygen. Microorganisms naturally present in organic matter break this matter down and produce biogas, as well as a residue known as digestate.

Biogas is a mixture of:

Only the methane is used, once it has been separated from the other gases (depending on its degree of purity, the CO2 could also be used).

​​​​​​The different types of methanization units
Methanization can be implemented on several scales. Smaller units tend to be agricultural (“farm” methanization), operated by a farmer or a group of farmers.
Bigger, collective facilities also exist, mainly converting urban or industrial waste:
•  centralized units (waste of varying origin depending on the location of the facility),
•  industrial units (agrifood, chemical or paper industry waste),
•  units specializing in the conversion of water treatment plant sludge,
•  uhousehold waste methanization units (managed by local authorities or specialist companies).

Biogas can have several uses:

In France, for example, buses in the northern city of Lille have been running on biomethane since 2006.

Biogas, benefits for the environment

Methanization is a solution that makes it possible to convert organic matter (thereby reducing the quantity of organic waste that has to be processed by other sectors) and produce energy.

As such, it contributes to the reduction in greenhouse gases enabling the use of biogas rather than fossil energies to produce heat, electricity or fuel. Moreover, its managed production and use avoid the uncontrolled release into the atmosphere of methane, a greenhouse gas with a warming potential 28 times greater than CO2 over a period of 100 years according to the IPCC.

Lastly, the use of digestate (residue that is not converted into biogas) avoids the use of chemical fertilizers, the manufacture of which requires fossil resources.

In 2016 in Europe, biogas accounted for around 8% of renewable energy production and the equivalent of 4% of natural gas consumption. Germany is the principal producer (half of European production), followed by the United Kingdom and Italy. These three countries alone account for 80% of the European total.

France is ranked 5th in Europe in terms of biogas production. The development of methanization in the country is more recent and the focus has very much been on the use of biowaste, particularly livestock effluent, unlike in other countries, where production depends mainly on dedicated crops (corn, sugar or fodder beet, grassland, sorghum, etc.). In order to reconcile biogas development with challenges related to land use requirements, a 2016 decree limits the use of food crops for methanization to 15%.

European production is set to double by 2030. But financial support remains necessary to achieve this objective, since the price of biogas is not yet competitive compared to fossil energies. Feed-in tariffs for electricity or biomethane are the most widely employed measure. The possible reduction in production costs and, above all, the increase in the price of CO2, are also likely to improve the competitiveness of biogas.

In 2016 in Europe, biogas accounted for around 8% of renewable energy production.

Objective for France: 10% of gas of renewable origin by 2030
The objective set by the 2015 French energy transition law is for renewable gas to account for 10% of total gas within the distribution network by 2030. The French long-term energy program presented by the French Ministry for the Ecological and Inclusive Transition in November 2018 confirms the objective of a 10% share of biogas in total gas consumption in France by 2030, provided costs fall.
The fermentation of agricultural waste, currently the best way of producing renewable gas in France, is the favored approach. At the start of 2018, France had 405 methanization facilities, of which 230 were farm-based. 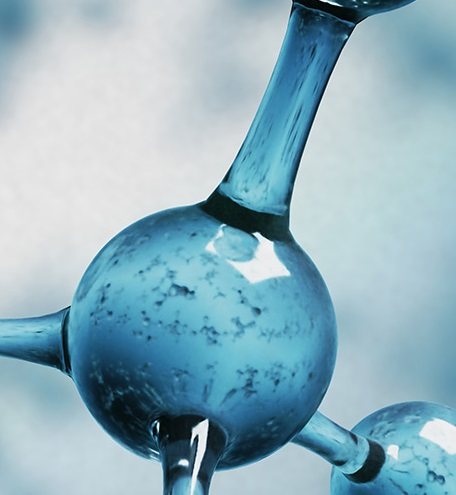