All-electric vehicles operate with a battery and an electric motor. The large-capacity battery has to be recharged with the vehicle stationary at a charging station. 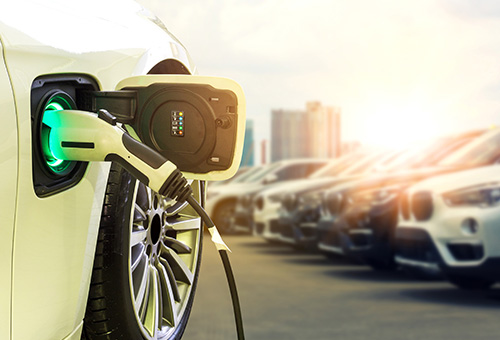 Electric vehicles represent an alternative solution of interest for reducing local pollution and, potentially, GHG emissions (it all depends on the source of the electricity). And the benefits increase the more they are used, as is the case with buses and service offers, for example, since the impact of manufacturing the batteries is mitigated through usage.

It is thus important to consider the entire life cycle, incorporating energy production and the vehicle’s manufacture, to measure the real impact of electric vehicles.

A number of challenges remain to be overcome before electric vehicles become a long-term and large-scale alternative to IC vehicles in the global car fleet:

In the majority of cases, the range of the electric vehicles currently available on the market is adequate to cover everyday journeys, between home and work for example. Taking the most widely sold models in Europe, the average range (over harmonized test cycles) is 250 km, while a vehicle only actually travels an average of 50 km per day. However, range is still perceived as a factor hampering the decision to buy on the part of consumers, as is the relatively high sales price (even taking into account the purchase incentive rebate).

The price of batteries has been reduced by a factor of four since 2008; at the same time, substantial progress has been made in terms of battery energy density: currently equivalent to 170 Wh/kg, it could increase significantly, ultimately approaching 300 Wh/kg, thanks to the emergence of new battery technologies using the lithium-air pairing, for example. This parameter is essential in order to evolve towards batteries that are more compact and lighter.

Did you know?
The operation of the lithium-ion battery, the current market standard, is based on the reversible exchange of the lithium ion between a positive electrode and a negative electrode. Such batteries are already fitted in several million rechargeable electric and hybrid vehicles.

Recharging infrastructures are multiplying in a number of countries. France currently has around 24,000 electric charging stations (i.e.,1 charging station for 6.5 electric vehicles). The widespread use of battery vehicles would also require an increase in the number of rapid recharging stations to reduce some of the time-waiting constraint. Currently, rapid recharging (> 45 kW) is only available at 6% of charging stations in France (source Avere). With this type of station, in the best case scenario (temperature, supercharger capacity, battery condition, etc), recharging is considered to take between 15 and 30 minutes. The model involving swapping a discharged battery for a charged battery has been shown to have drawbacks.

In France, there is around one charging station for 6.5 electric vehicles.

Despite considerable technical progress, there will be no significant increase in the sales of electric vehicles in the short term. The various roll-out scenarios show that the number of electric vehicles will only become significant (i. e. > 50 million or 5% of the existing world fleet) in 2025. It is also estimated that by 2040, with a moderate growth forecast for electric vehicles, the equivalent of 5 Mb/d of oil will be replaced by electricity consumption. 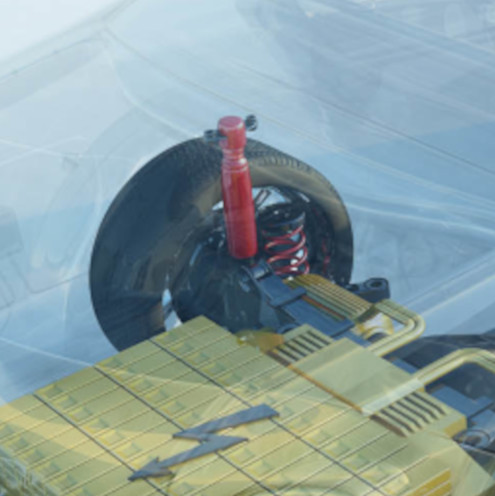