IFPEN’s research is aimed at developing new innovative and eco-efficient catalysts, adsorbents and petrochemical intermediate production processes, and improving the performance of existing technologies, while increasing the purity of the products obtained and consuming less energy.

In the field of olefin intermediates (ethylene, propylene, butadiene, etc.), obtained by steam cracking or catalytic cracking, research primarily focuses on olefin purification via selective hydrogenation. The solutions developed make it possible to comply with the most stringent purity specifications, particularly for plastics production via polymerization.

« The steam cracking process is a key element for the production of olefins such as ethylene (C2 cut) and propylene (C3 cut), for which global demand has risen significantly, and naphtha (pyrolysis gasoline cut). To be used, these cuts need to be purified; specific processes and catalysts developed by IFPEN in partnership with Axens make it possible to selectively hydrogenate them in order to achieve impurity contents of less than 1 ppm.

Thanks to the development of a new palladium-based catalytic phase and optimized support preparation, IFPEN has created a new selective hydrogenation catalyst, for sulfur-laden “pyrolysis gasoline” cuts. This catalyst offers improvements in terms of activity, stability and lifespan. It makes it possible to obtain the same performance as the previous generation but for cuts with a higher sulfur content, significantly reducing the unit’s energy consumption, with longer catalyst life cycles and lifespans. »

Conversion of ethylene into alpha-olefins

IFPEN is pursuing research aimed at converting ethylene into 1-butene (AlphaButol process®) and 1-hexene (AlphaHexol™ process). Its teams have thus developed catalytic formulations making it possible to selectively obtain the products, with a very high level of purity, while increasing the efficiency of the processes and their operability. In particular, the AlphaHexol™ 1-hexene production technology based on the trimerization of ethylene marketed by Axens has been improved. The process, which addresses the significant increase in the demand for polyethylene-type high-performance plastics, makes it possible to obtain high-purity 1-hexene while consuming less energy.

« In the context of a long-standing partnership with Arkema, IFPEN is working on the formulation of high-performance adsorbents for the Eluxyl® paraxylene separation process, marketed by Axens.

IFPEN and Arkema are constantly improving the molecular sieve with a view to increasing productivity compared to the previous generation, while enabling the production of ultra-pure paraxylene, highly sought-after by the chemicals industry. These innovative sieves thus address a strong market demand. It also consolidates Axens’ leading position in the segment as the company that markets the Eluxyl® process included in the ParamaX® paraxylene production complex.

IFPEN is currently perfecting the Eluxyl® technology on equipment installed at the IFPEN-Lyon site. Thus, following the creation of the world’s first unit operating with only 15 separation beds, this technology has now been further improved to enable the use of new, more efficient xylene separation molecular sieves. IFPEN is also working to optimize the overall paraxylene production complex from an energy and economic point of view » 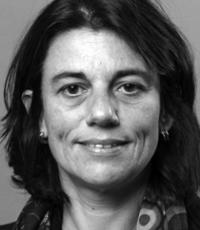