Recognized expertise in the field of catalysis:

Integration in a public-private partnership ecosystem:

IFPEN’s innovations are taken to market by its industrial partners, who handle industrial scale-up and marketing. Its subsidiary Axens is one such example.

50 years of innovation and success in the production of petrochemical intermediates
• 1967: creation of IFPEN’s Lyon site in Chemistry Valley to host large-scale pilot units;
• 1973: IFPEN develops a cyclohexane production process for the manufacture of nylon;
• 1977: first industrial units applying the Dimersol and Aromizing processes, respectively used to convert propylene into gasoline (process developed by Yves Chauvin, Director of Research at IFPEN and winner of the 2005 Nobel Prize in Chemistry) and to manufacture aromatics;
• 1985: IFPEN and Total join forces to work on an innovative fluid catalytic cracking (FCC) process, called R2R, used to convert residues into gasolines and olefins. The first industrial operation is launched in 1987 in Japan. In 1993, IFPEN and Total create the FCC Alliance;
• 1988: first AlphaButol unit in Thailand: the process is used to convert ethylene into an additive used as an ingredient in highly resistant polymers, employed, for example, in the manufacture of photographic films;
• 1997: launch of the Eluxyl paraxylene separation process in Korea. In 1988, IFPEN concludes a partnership with CECA, at the time a subsidiary of Arkema specializing in the production of adsorbents, with a view to developing zeolite molecular sieves. In 1995, the process is sold under license to a refinery in South Korea. Two years later, a unit with a capacity of 600,000 tones per year is brought into service;
• 2013: the Eluxyl process joins Axens’ ParamaX suite. Its commercial success is further reinforced as a result. Today, Axens licenses 50% of the new units using this process around the world. 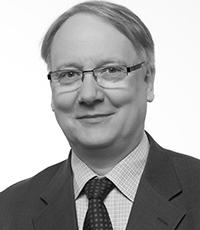