Fixed and floating offshore wind represents a rapidly developing source of energy. For the time being, other ocean energies - such as wave energy - remain at the demonstration stage.

IFPEN's main fields of activity in the wind power sector relate to four areas, the objective being to reduce the cost of wind power and create new markets:

FarmShadow™: optimization of wind turbine positioning within a farm

The FarmShadow™ wind farm production calculation tool developed by IFPEN makes it possible to optimize the positioning of wind turbines at the farm design stage and improve the global performance by calculating the wake effects generated by the interactions between turbines. The wake developed behind a wind turbine leads to a decrease in wind speed, which in turn reduces the energy received by the next turbine.

The loss of energy associated with this effect is typically between 10 and 20%  on a wind farm compared to single wind turbines in isolation. Wake also leads to an increase in turbulence intensity, which in turn reinforces fatigue stresses on turbines and fixed or floating foundations located downstream.

FarmShadow™ makes it possible to:

The FarmShadow™ tool is associated with optimization libraries and offers a range of varied services. It is based on the state of the art of wake models and is continuously improved by research conducted at IFPEN alongside partners such as Météo France (the French national weather service) or within the framework of the ANR Momenta project. 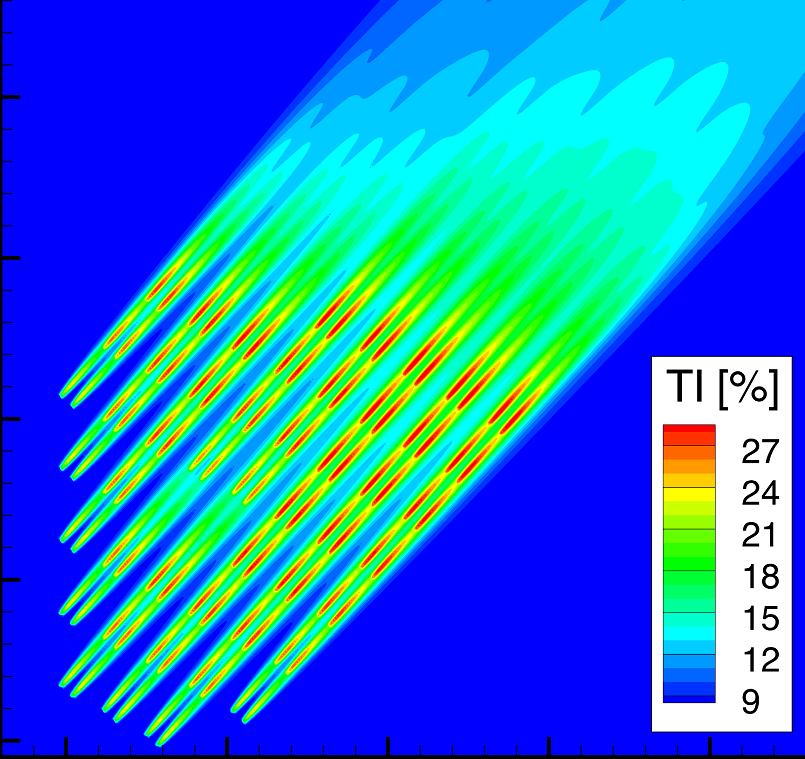 Within the framework of the International Energy Agency’s partnership program relating to wind turbine technologies, IEA Wind, several research laboratories addressed the problem of the best possible positioning of around 80 wind turbines on an offshore wind farm, with a view to maximizing production. The case study, involving five pre-defined zones, illustrated a facility currently being constructed in the Netherlands. Representative wind conditions for a year were supplied, as well as the wake effects between wind turbines. The solution proposed by IFPEN obtained the best score, delivering a higher annual electricity production than that of its competitors.

IFPEN and its partner Principia developed the DeepLines Wind™ simulation software for the dynamic behavior of floating offshore wind turbines. 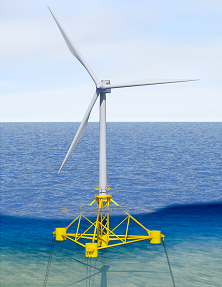 DeepLines Wind™, marketed since 2015 by Principia, makes it possible to calculate the force of the waves and current on a floating body, as well as structural deformations. It also offers aerodynamic calculation capacities to analyze the effects of wind on wind turbine blades, as well as features associated with command control. Bringing these three types of physical analyses together makes it possible to perform combined mechanical simulations of all of the wind turbine’s components (blades, anchoring system, tower, floater) using the same software, an obvious advantage compared to the competition.

The performance of DeepLines Wind™ has been demonstrated in the IEA-Wind's projects IFPEN has taken part in, including the OC4/OC5/OC6 and DANAERO projects. Improvements continue to be made to models, hinged around more efficient aerodynamic libraries

DeepLines Wind™ was used to design, alongside partner SBM Offshore, the floater chosen by EDF Renewables for its  Provence Grand Large project supported by Ademe. It is also being used within the framework of the H2020 Hiperwind European project led by the Technical University of Denmark (DTU), aimed at taking greater account of uncertainties when designing offshore wind turbines.

Advanced lifting line aerodynamic models (Vortex methods) are also available in a research version of the DeepLines Wind™ software and accessible in the form of studies proposed by IFPEN.

DeepLines Wind was developed on the basis of the DeepLines™ solution dedicated to the dynamic analysis of seabed-surface links, also marketed by Principia.

FAME JIP: for the enhanced calculation of the annual energy production of floating wind turbines

The commercial deployment of the rapidly-expanding floating wind sector is starting to emerge. Estimating the Annual Energy Production (AEP) is vital for the financing of the first commercial projects. However, incorporating the specific characteristics of the floating wind turbine into this estimate remains at the research stage.

The FAME (Floating wind AEP calculation Methodologies) JIP aims to improve AEP estimation methodologies on two levels: firstly in terms of the floating wind turbine, taking into account the impact of its movement on energy production, and secondly in terms of the farm as a whole, analyzing the impact of the movement of each turbine on wake and thus on interactions between turbines.

This research will be based on the simulation tools developed at IFPEN, particularly DeepLines Wind™ for the coupled simulation of a floating wind turbine and MesoNH for the simulation of wake effects, and supplemented by wind tunnel tests conducted by Politecnico di Milano on a reduced turbine model simulating floating conditions. The project is currently under discussion.

Within the framework of dimensioning studies on the Jean Zay supercomputer, obtained as a result of  GENCI, Grands Challenges” call for projects,
IFPEN was able to test the behavior of floating offshore wind turbines in a range of environmental conditions, focusing on wind (average speed, turbulence and direction) and sea (wave height, period and direction) conditions.
Find out more: IFPEN uses high-performance computing to reduce the cost of floating wind turbines. 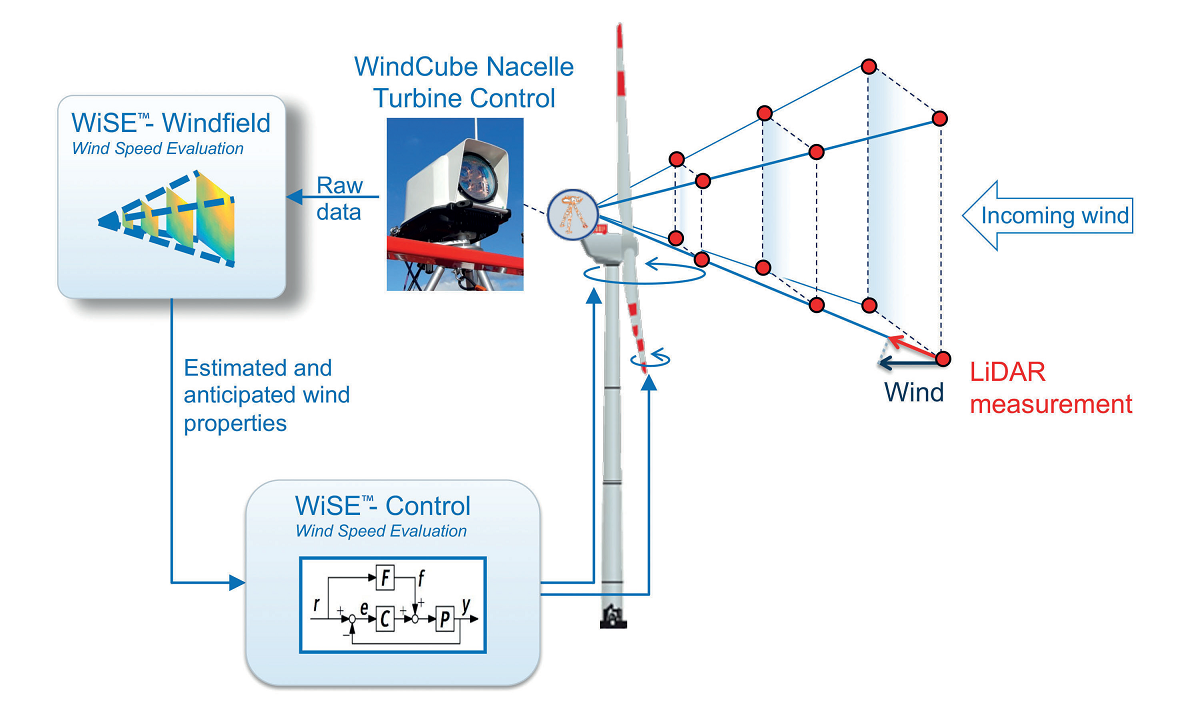 The development of digital twins to improve wind turbine production and maintenance.

IFPEN develops digital twins to improve the identification of potential turbine anomalies, monitor turbine wear and predict the lifespan of their components, detect decreases in electricity production and, ultimately, optimize production and maintenance.
By optimally combining data obtained from a working turbine (SCADA- Supervisory Control and Data Acquisition, sensors) and physical modeling, the digital twin provides a picture of its operating condition (stresses exerted, vibration behavior, etc.) and identifies anomalies as they occur.

Since 2017, IFPEN has also been contributing, alongsidee SMB Offshore and the École centrale de Nantes, to the Ademe S3 project aimed at significantly reducing the levelized cost of the energy produced by wave conversion systems.

The aim of S3 is to produce and test in real operating conditions an innovative wave energy conversion demonstrator, based on a system designed by SBM Offshore. The technology uses electroactive polymers that change shape under the action of the swell, thereby converting wave energy directly into electricity.

IFPEN has developed short-term prediction strategies concerning wall deformation induced by the swell, making it possible to actively control the machine and increase its electricity production capacity. With this project, IFPEN has validated a disruptive technological solution to improve the profitability of wave energy and foster its widespread use.

In 2019, this original approach used by IFPEN to maximize the electricity production of wave energy converters secured first prize in the WECCCOMP competition.

Finally, these short-term swell prediction methods are used by IFPEN to optimize some offshore operations, the idea being to indicate the existence of a weather window to allow them to go ahead. 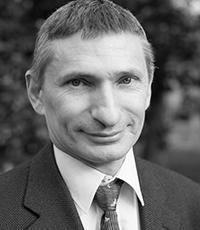